Lincoln Refreshes The Continental for 1964

Lincoln Refreshes The Continental For 1964.

Lincoln stunned the world with introduction of the 1961 Lincoln Continental. Auto writers at the time universally praised the restrained classic styling, calling the Continental one of the most beautiful cars in the world.... 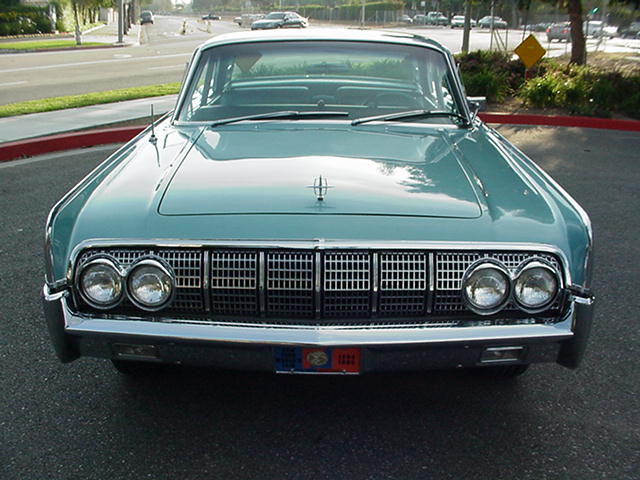 Front Fascia featured a detailed egg-crate pattern separated by nine vertical bars; The rear motif complimented the grille a raised pattern both above and below the bumpers flanking the license plate. For 1964, the gasoline access door now moved from the trunk to the drivers side rear quarter panel. 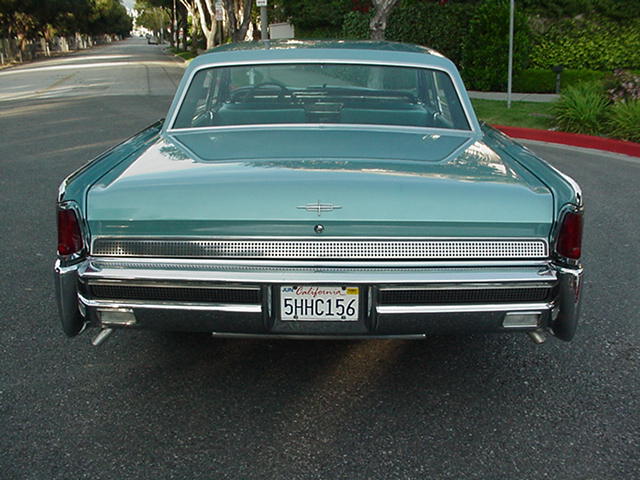 Color Combinations offered the buyer an astonishing selection of color combinations in flat and metallic exterior hues, with cloth, leather or a combination of both. A silver thread Lincoln Star Insignia Brocade ( as shown below) was among the choices. Standard bench seating afforded comfort for six, although a very rare front bucket seat with console option also made its debut. 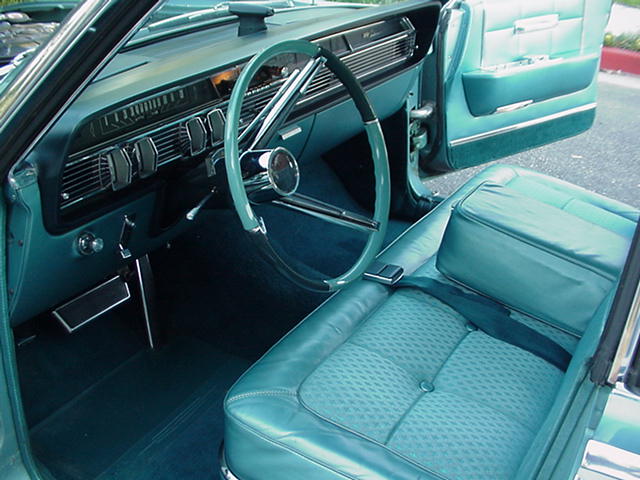 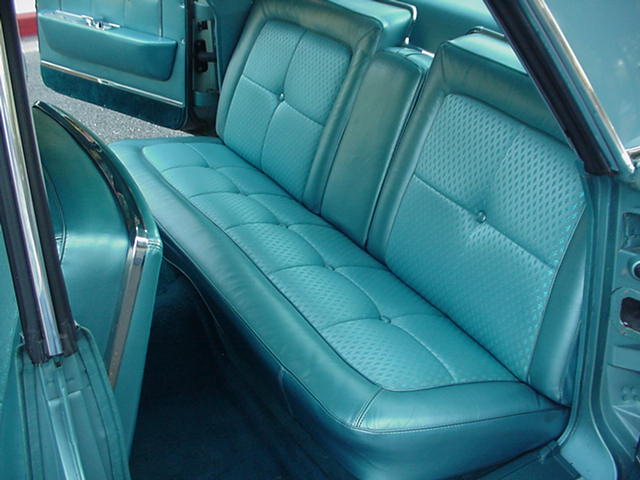 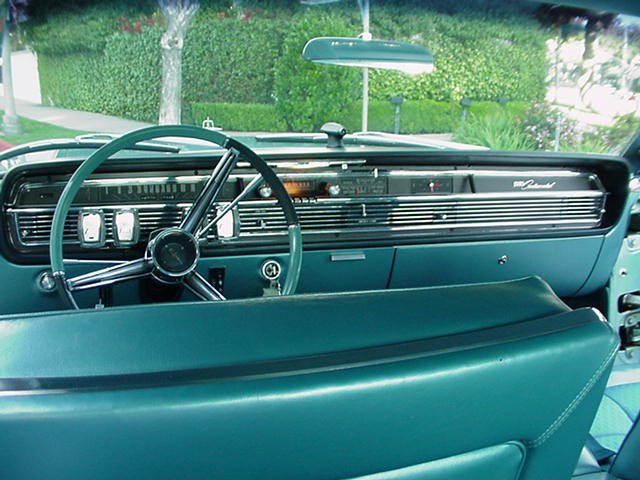 The traditional rear view mirror bracket was replaced by a windshield mount; a Day/Night Mirror was standard, along with power locks, power side and vent windows, center arm rests and variable-speed wipers with washer. Gauges kept the driver informed of the fuel, battery, water temperature and oil pressure. 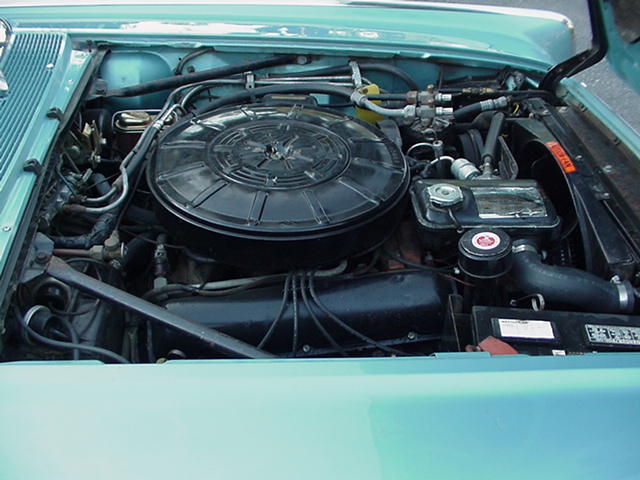 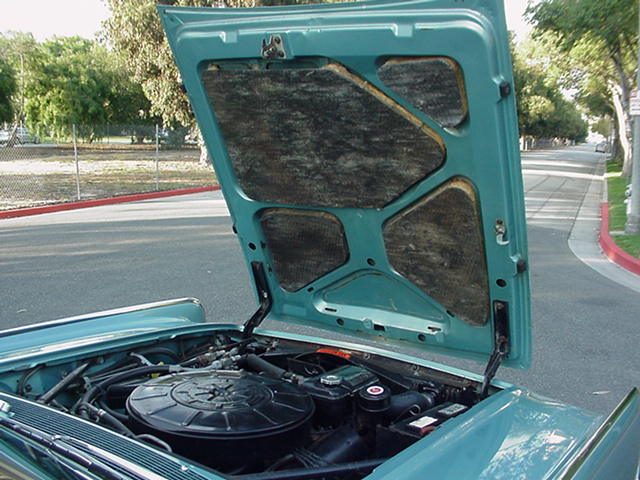 Weighing in with four passengers at over 6000 lbs, power was supplied by the time-tested 430 cubic inch V8
mated to a three-speed C6 automatic transmission. Horsepower was estimated at 300. 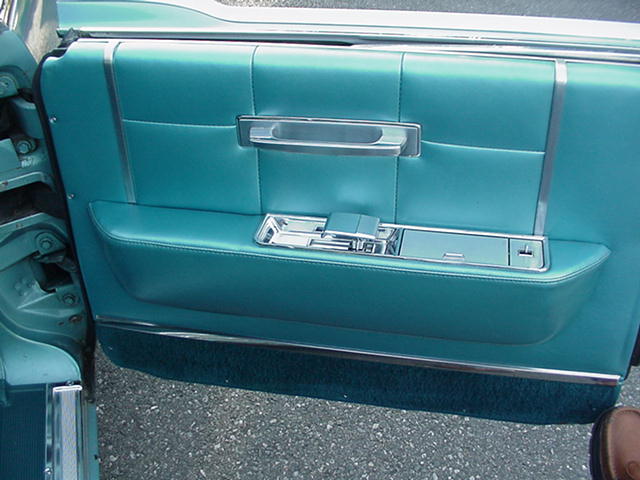 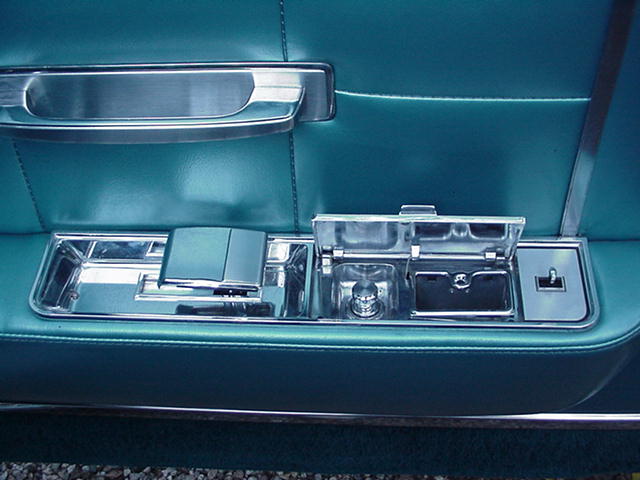 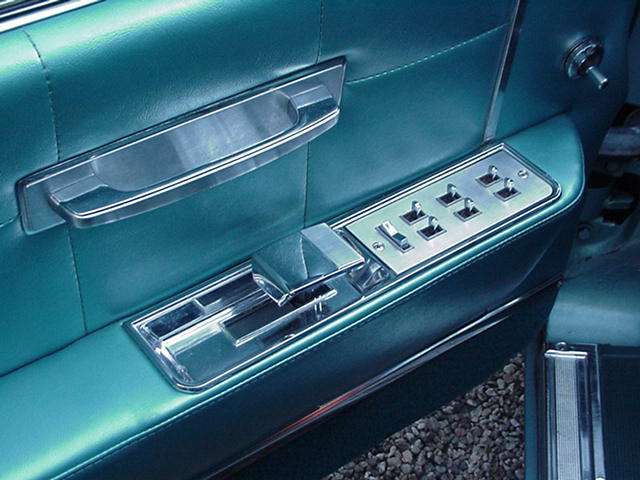 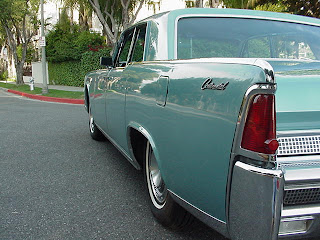 The Lincoln Continental's use of exquisite material continued to the door panels, adorned with chrome and brushed stainless steel window controls, door handles and grab handles.

Gone was the real wood trim of the 1961 thru 1963 models, instead replaced by a vinyl simulated wood pattern at no additional charge. This Special Order example has rare the "Wood Trim Delete" option. 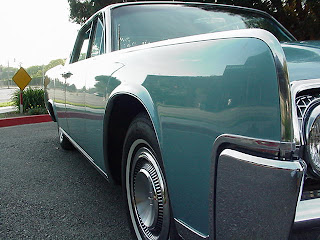 Like the original generation, the slab sides were
smooth and flat without any use of side profile sculpture line accents. The fender peaks featured a stainless steel peaked trim that ran the entire length.

Rear opening coach (suicide) doors continued on the Lincoln Continental through 1969. Only two models were offered - a sedan and the iconic convertible. Full dish hubcaps were standard. The spacious trunk was fully carpeted, as was the spare tire cover. 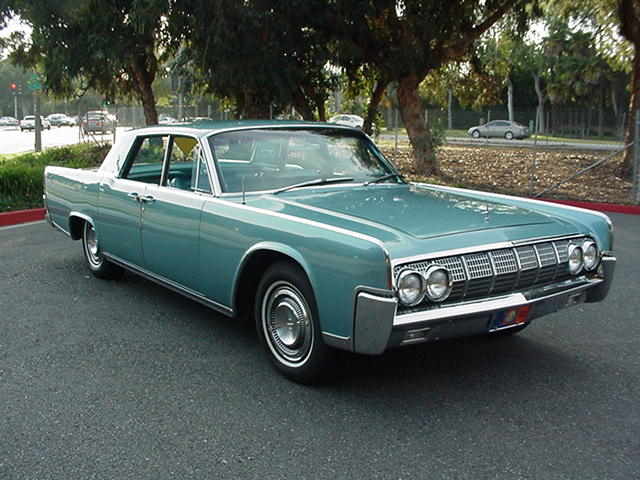 About This Specific Continental:

Purchased from the original owner in with 17,000 miles as shown, and sold in 2007 to a collector in Florida.
The data plate notes that this was a special order car, and is believed to have been featured at The Ford Pavilion of The 1964/1965 World's Fair in New York. A commemorative license plate was found in the trunk and can be seen on the front bumper in the above photo. 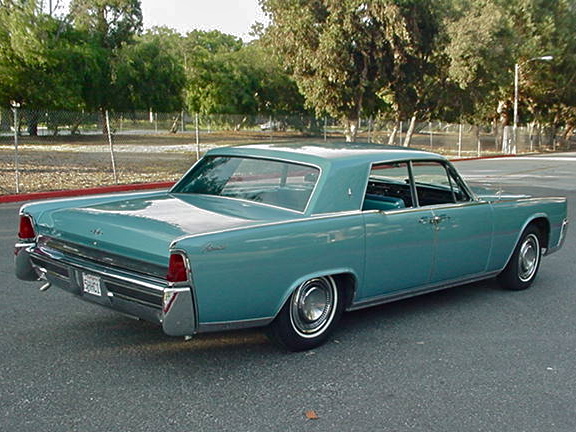 The Lincoln Continental can be an expensive collectible to restore, as much of the trim was limited to one or two model years: Figure about four times the cost of a Thunderbird or Mustang. Low annual production of approx 30,000 units makes quality used parts difficult to find. Ron Baker in CT is a very good source for
quality original and reproduction trim parts.

Thinking Of Buying? - What To Look For:
Because many trim items are specific to the model year and production was relatively low, it is recommended that buyers search for the best cosmetic example possible and pay up for it - it's much cheaper than having to restore yourself.
This is a unibody car, so rust can present real structural problems in the lower door and wheel arch areas.
Parts for major mechanical systems are more easily obtainable, some being shared with other Ford products. The wipers, air conditioning, trunk release and door locks are all vacuum operated - not electric - so if one doesn't function - none of them will - so check carefully as diagnosis of the culprit is a Herculean task; The exhaust system is prone to cracked manifolds, especially on the passenger side. If the car is overheating, be aware that there are TWO thermostats. The car came factory equipped with FOUR mufflers/resonators.It is also STRONGLY advised that the first item attended to be an update to a DUAL master brake cylinder as a single system was standard; the second thing to check is the steering column bushing and detente switch - which, if sloppy, can allow a parked Continental to slip from PARK into REVERSE by itself - automatically releasing the emergency brake - en route to taking out your neighbor's home as it rolls across the street....
Once restored, the 1964 Lincoln Continental will prove to be an enjoyable, luxurious and surprisingly-agile automobile for daily driving.
Questions about restoring a 1960's Lincoln Continental?...email me.

Posted by TheClassicCarFactory.com at 7:22 PM