Mercedes Benz Introduces A New Way To Travel In Class. 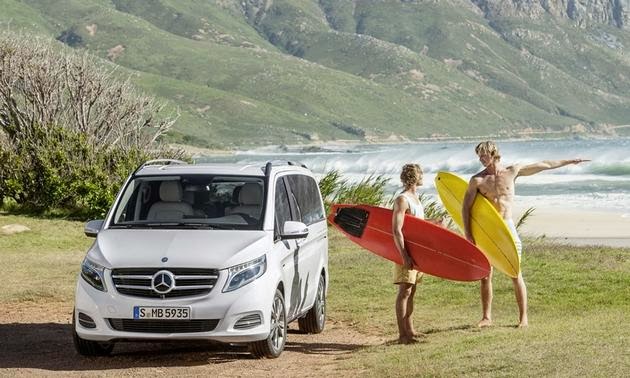 Few would admit they actually wanted a Minivan, yet the practical car-like van originally invented by Chrysler in the 1980's proved irresistible to many families.

With the demise of the traditional station wagon, The Minivan became the conveyance of choice for those needing to seat 7, until the SUV and Crossover SUV's entered the market.

The problem with SUV's, however, was that they didn't drive like a car. They were heavy, gas hogs and displayed handling characteristics that many drivers were just not prepared for - especially making long sweeping J-turns and praying to all the gods you could count you could keep the shiny side up. 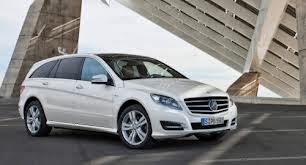 Mercedes - aware of the public disdain for the boxy Minivan - introduced the R Series in 2006 - a minivan that didn't look like one; The R featured four real doors and luxurious seating for six or seven in a pinch. Unfortunately, sales proved less than robust and Mercedes withdrew the R Class from The USA in 2012.

Both Chrysler and Volkswagen have attempted to market to the luxury Minivan buyer.

Now Mercedes is taking the Minivan where it has never been before - creating a super luxurious version with a sumptuous interior with limousine seating for six or seven: The V Class. 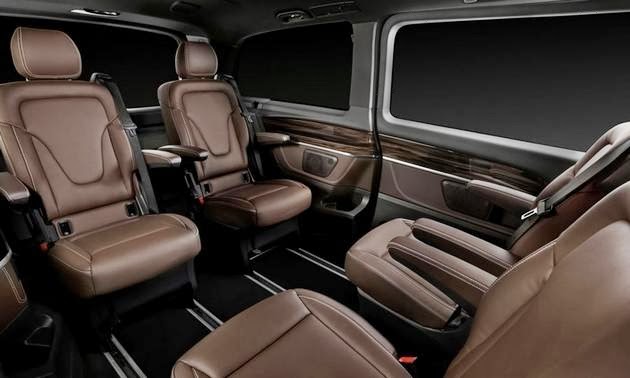 Although no production dates for a US introduction have been confirmed, the van will be made available in two wheelbases for those desiring the ultimate in spacious travel. The van will be produced in Spain starting in 2015. Pricing is expected to be approx $60,000.

Posted by TheClassicCarFactory.com at 7:45 PM No comments:

560SL | The Next Collectible Mercedes-Benz Roadster. 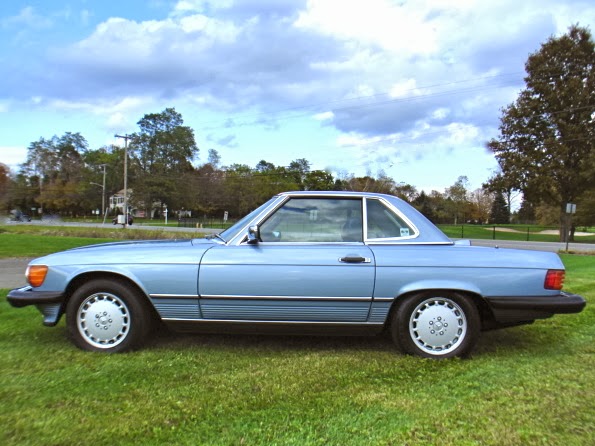 The Next Collectible Mercedes SL Roadster

As recently as the mid 1990's, you could pick up a nice condition 1971 280SL Pagoda Roadster for around $20,000. Almost in the blink of an eye, that's what a basket case now goes for - with good condition examples regularly selling north of $75k and more.

There are good reasons for this: scarcity, limited production, and a demographic generational shift that shows the 50's and 60's muscle car prices have peaked and the next generation is after the desirable cars they remember - which mostly came from Germany in the 70's, 80's and early 1990's.

By all rights, the R107 SL's ( for Sport Light ) should be appreciating even more than they have, but the lengthy production cycle from 1973 through 1989 insured plenty were built, and the quality of the build insured most survived.

Collectors are zeroing in on the final muscle car series with the 5.6Litre V8's, produced for North America as The 560SL, specifically targeting the 1987, 1988 and 1989 production. Of this group, mileage and originality are playing a HUGE role in price appreciation, for as of early 2015:

Color is obviously subjective, but it stands to reason that after condition, the rarity of a color combination
also plays a role. Oddly, Black, Blue, Turquoise and Light Beige are the rarest colors - with
White, Red and Silver being the most common.

Here's what CarAndDriver Magazine had to say in a recent article about the R107 Roadsters: ( A year later- prices had increased by 10%+ )

The archetypal Mercedes-Benz SL has got to be the granite-sided and chamfered R107, a classically styled Benz roadster that came to embody filthy richness during its seemingly endless and unchallenged U.S. sales streak (1972 through 1989 model years). The R107 evolved in many ways over the course of  its long life span, generating a list of both must-have features and better-avoid issues for the prospective owner to ponder. Though well-preserved and -fettled versions still fetch big dollars, some homework can land you a ­reasonably priced example that will keep your maintenance-induced headaches to a minimum.


The things to look for in R107s are rust and any signs of damage that may otherwise go unmentioned or of which a seller may be unaware. The SL is known for impeccable bodywork and high-quality paint. Any unmolested version you look at should have tight, uniform panel gaps all around, and the doors should close with a solid thunk. Be sure to inspect the bolts that mount some body panels to the car: R107s were painted after the panels were mounted, so a broken paint seal on these bolts is a quick indicator that they’ve been removed or replaced, possibly to repair collision damage.
ENGINE
The U.S. R107s were fitted with 3.8-, 4.5-, and 5.5-liter V-8 engines over the course of their production run. Horsepower ranged from 230 in the 1972 350SL 4.5, down to 155 in the 3.8-liter 1981–85 380SL, and back up to 238 horsepower from 5.5 liters in the final years of the 560SL. We’d avoid the 380SL. Not only is it underpowered, but the 3.8-liter V-8 has timing-chain issues that are expensive to resolve.
OTHER PROBLEM AREAS
Meeting federal standards required new emissions equipment in the 1975 450SL. The catalytic converter was under the hood, and a lack of ventilation caused overheating (Mercedes addressed this for the 1976 model). Also, 450SLs may have issues with the valves, controls, and other equipment in their climate-control system. Not only is the system a pain to operate, but it’s complex. The 380SL and subsequent 560SL have a push-button, vacuum-operated system, which has its own problems, including vacuum accumulators that go bad with regularity.
*Values provided by Black Book (BlackBookUSA.com).

Posted by TheClassicCarFactory.com at 6:00 PM No comments:

The Cars Of The Beatles

The Cars Of The Beatles:

Above:The Beatles with John's Rolls Royce Phantom V
Prior To The Psychedelic Treatment. 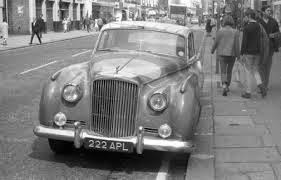 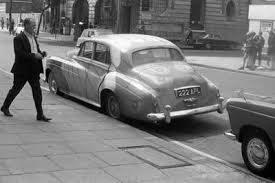 Each Member Of The Beatles Loved The Mini: 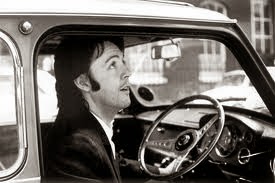 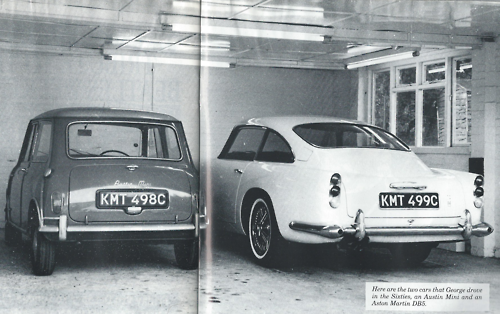 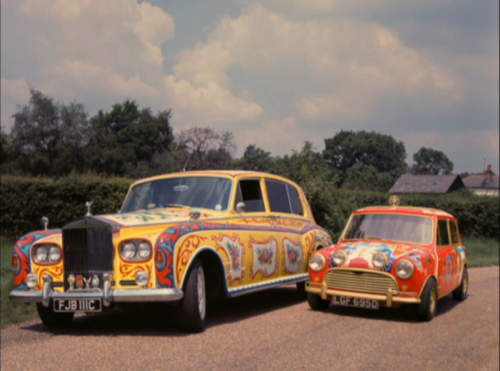 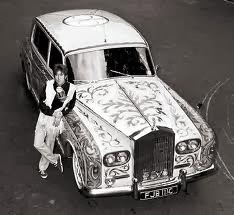 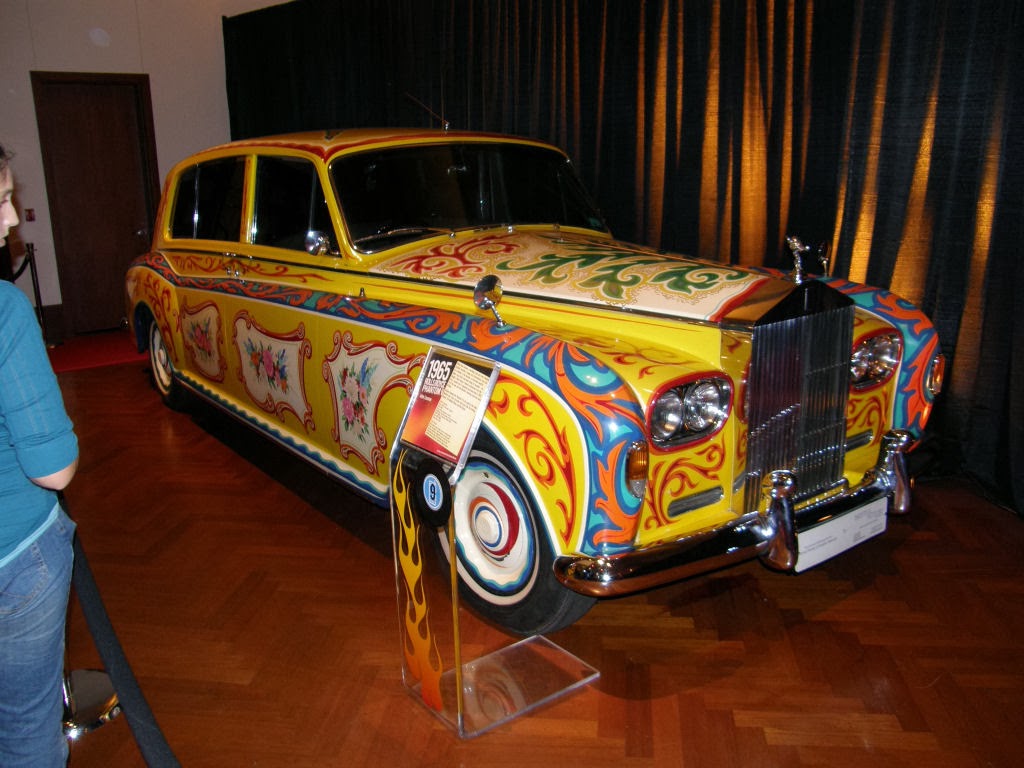 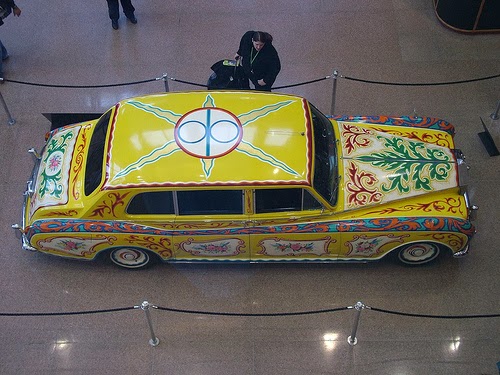 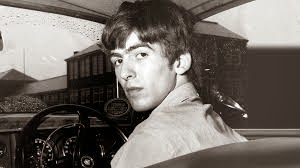 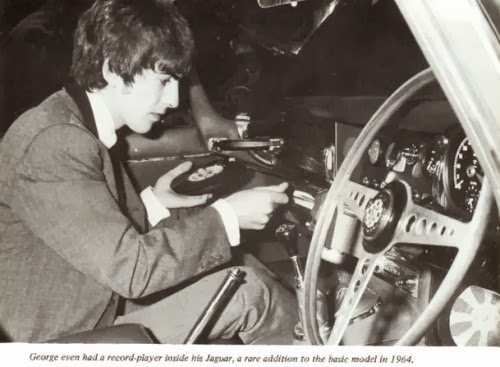 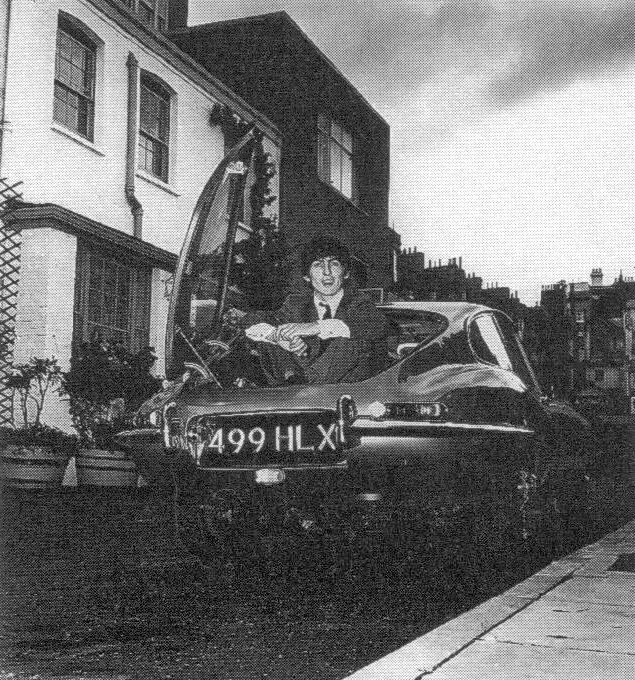 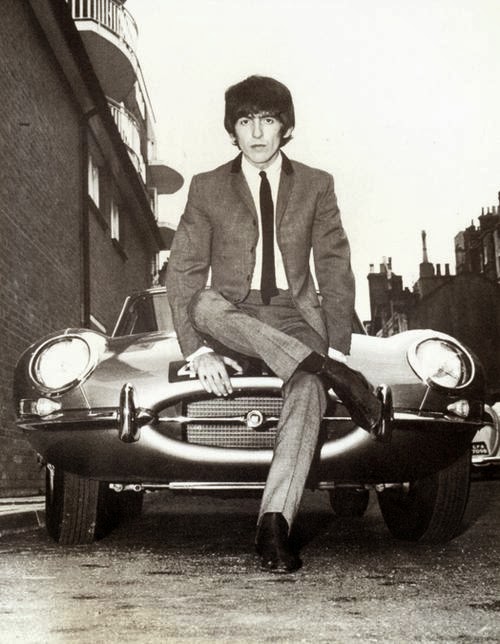 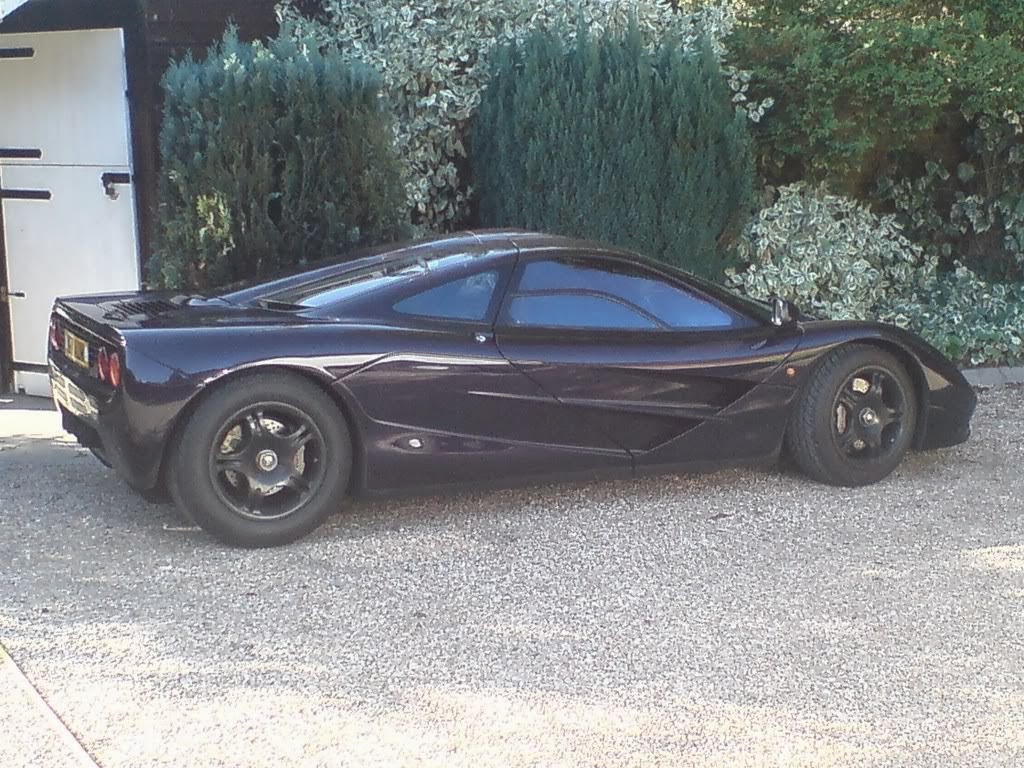 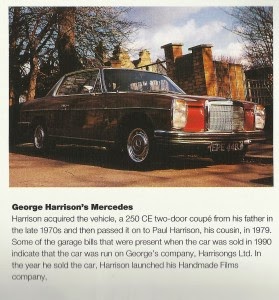 Above & Below: John's Iso Fidia S4 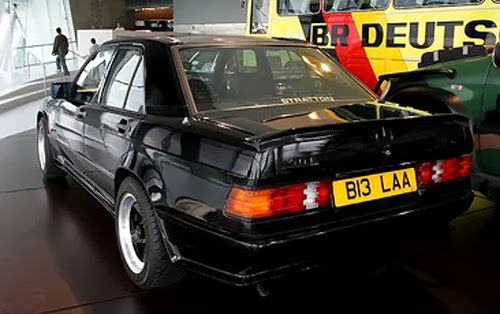 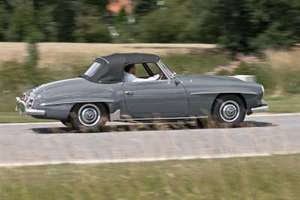 Above & Below: Ringos 190SL roadster. 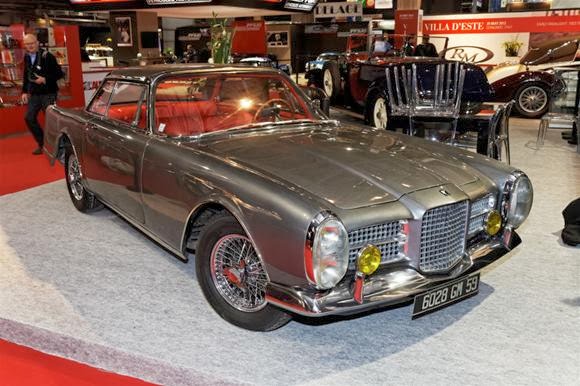 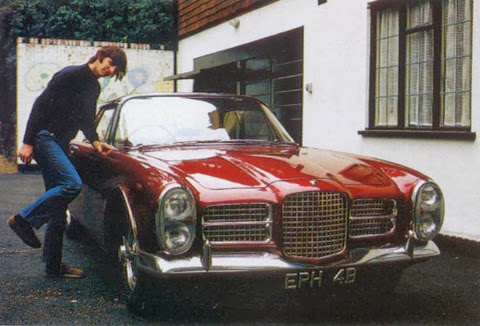 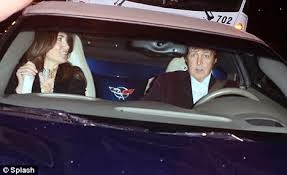 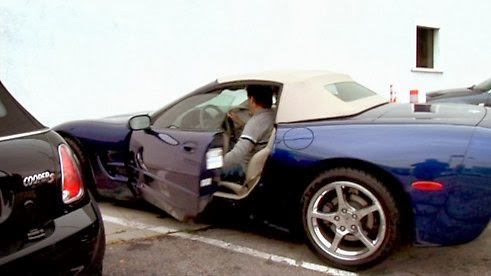 Posted by TheClassicCarFactory.com at 7:49 PM No comments: