The Standard Of The World Returns.

Cadillac Updates the 1967 Eldorado For A Ride In The

21st Century With The Elmiraj. 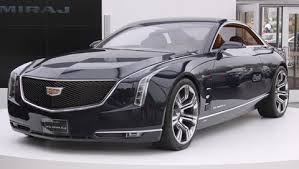 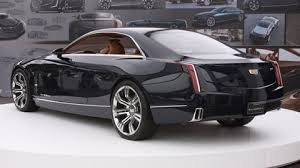 The annual Pebble Beach Concours de Elegance is considered the pinnacle of classic car shows, where participants must be invited to display their automobiles. In recent years, all manner of ancillary events have sprung up in and around Monterey CA for this weekend of sheetmetal worship, including classic racing, auctions and road rallies.

The highlight of the event is the awarding of the coveted Best In Show Trophy, the winner of which is deemed so perfect it may not compete again for ten years - but not this year.

The hands-down recipient of the most press and audience excitement was not a classic car at all - but a stunning re-envisioned personal coupe concept by Cadillac: The Elmiraj.

For those old enough to remember, as late as about 1970 Cadillac and Lincoln were considered to be just a notch under the quality and desirability of Rolls Royce.

Mercedes were rarely seen in the USA and what the Three Pointed Star offered to Americans was not yet appreciated or understood. There was nothing else in Cadillac's or Lincoln's league unless you considered the Chrysler Imperial - which was a model and not a division. There was no BMW, no Audi, No Lexus, No Infiniti to compete with.

The Era of The Personal Luxury Coupe.

In the mid 1960's - while the muscle car pony wars continued unabated, both GM and Ford
created a new market niche for the Baby Boom Generation who wanted and could now afford a bit more luxury. Ford introduced the luxurious Thunderbird 4 seater in 1964, followed by The Mercury Cougar XR-7; GM brought forth The Buick Riviera and in 1966, The Oldsmobile Toronado - a full-sized front wheel drive personal coupe. Both Lincoln and Cadillac seemed content to offer 2 door versions of their largest sedans - until 1967. 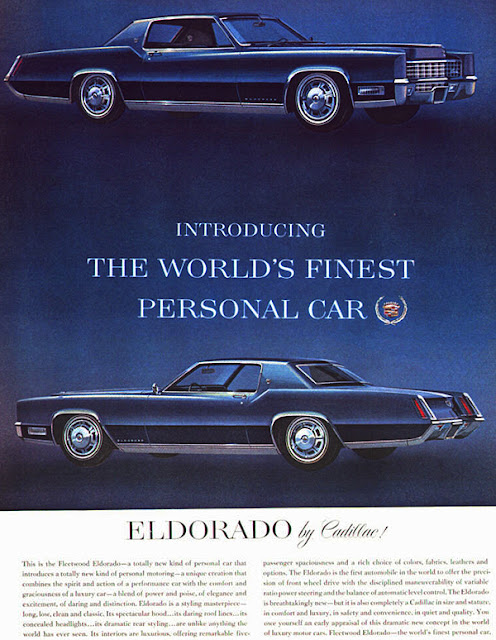 The Eldorado had always been near the upper end of Cadillac's offerings as an option designation, but never as a stand-alone model. In 1967, Cadillac introduced their vision of the finest personal luxury coupe in the world.

A front wheel drive vehicle, The Eldorado was priced as the highest offering in the lineup;
Headlights were hidden behind a massive egg crate grille motif; Chrome was used sparingly as accents for the window trim, wheel arches, rocker panels and very unique blade-like fin tail lights. The design was a masterpiece of shape creases and rounded panels that was hailed as an instant classic.

Caught off-guard, Lincoln would not produce an answer to the Eldorado until 1969 with the equally stunning Lincoln Continental Mark III 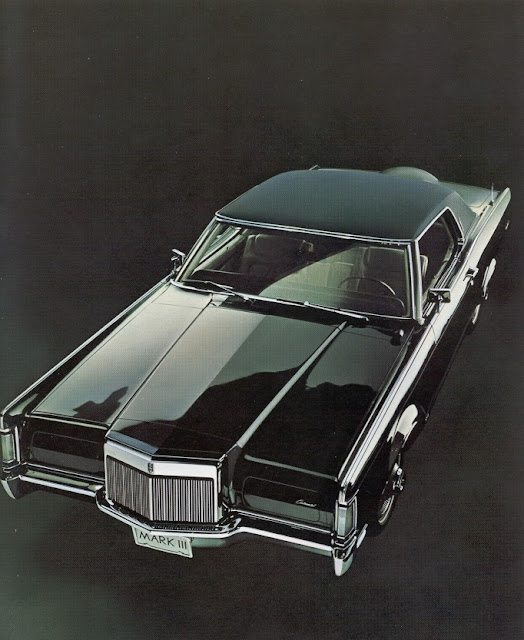 By 1971, gas prices, inflation, build-quality, union strikes and new competition from both Europe and Japan brought the Era Of Classic American Cars to an abrupt tire-screeching end. Detroit seemed unprepared to incorporate the safety regulations and emission control mandates of the 1970's - resulting in over sized, under-powered awkwardly designed full-sized cars in a decade where the cost of operation would triple overnight. Detroit would lose several generations of American buyers to foreign competition and not be seriously viewed as competitive for the next 40 years.


The Financial Crisis of 2007 Forces Change:

Unfortunately for Detroit, it took the near collapse of the Western World's economic system to bring the changes that were required to make Detroit competitive on the world stage. GM's bankruptcy saw it trim its divisions to Cadillac, Buick, Chevrolet & GMC - jettisoning Pontiac, Oldsmobile, Hummer and Saturn. Chrysler - which had closed Plymouth - was purchased out of bankruptcy by Fiat, and Ford ( the only manufacturer to avoid going BK) dissolved Mercury as a brand. While looking bleak at the time, in hindsight merely 5 years hence it would signal the rebirth of the American Car Industry.

Cadillac Goes On A Mission: Join Them.

With resources no longer being spread over som many divisions, Cadillac had the opportunity and apparently the corporate mandate to become again what it once heralded itself as - The Standard Of The World. Product development quickly mimicked the strategy BMW had employed so successfully in the 1980's in its mission to overtake Mercedes Benz.

Cadillac was determined to build cars that were powerful, luxurious and could handle with the best of the European offerings. Like BMW's basic lineup of 3, 5 and 7 Series, Cadillac would field three distinct sizes of vehicles: The mid-sized CTS was quickly followed by the 3 Series fighter ATS, while the full-sized XTS did dual duty trying to retain the older generation and attract those that needed a large car. All models were Nurburgring developed for handling and the quality of fit, finish and materials quickly rose to meet the best both Japan and Germany could offer.

By 2012, Cadillac was again being lauded by the automotive press for the style and handling of its cars - and more importantly - was placed on the list of cars Mercedes, BMW and Audi buyers would consider. 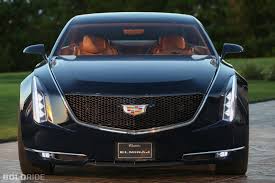 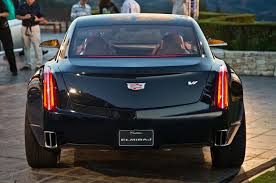 Almost mirror-imaging the front fascia, the rear of
The Elmiraj shows the exaggerated stance and tucked inboard cabin. Rear fenders culminate in vertical gas neon tube lighting recalling the finned shape of the 1967/68 Eldorado. Dual port exhausts are integrated into the bumper; Interestingly is the
new placement of the third brakelight from the edge of the decklid to the base of the rear window. The Elmiraj rear centered point mimics the front fascia. 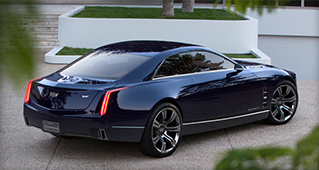 But Will Cadillac Build It ?

The Elmiraj shows that Cadillac design has matured with a confidence that incorporates modern styling without abandoning styling cues from its rich heritage. There is no doubt that Cadillac WANTS to build this car - but the coffers of GM may not be willing to open for them to do so; The luxury coupe market is small, and there is not doubt this car if produced as shown would have to command somewhere between $100k and $125k a copy.

At the moment, only Mercedes Benz offers a car that comes close to The Elmiraj - The CL550. Even BMW - who has never failed to introduce a new model to fill ANY niche - has so far avoided playing in this sandbox. The next least expensive 4 place luxury offerings come from Rolls Royce and Bentley, and they MSRP for much closer to $200k+

Oddly enough, Ford has shown their is a market for finely-crafted $100k+ American cars with the stellar Ford GT. Produced almost by hand and profitable from Day One, Ford bizarrely ended production way before demand diminished - as evidenced by the fact that USED examples are selling ABOVE what the cars sold for new.

For Cadillac to regain its place as The Standard Of The World, it needs to build the Elmiraj.
Let it be rare. Let it be expensive.....but for the love of the car gods, Let It Be Built.

Posted by TheClassicCarFactory.com at 7:22 PM No comments: